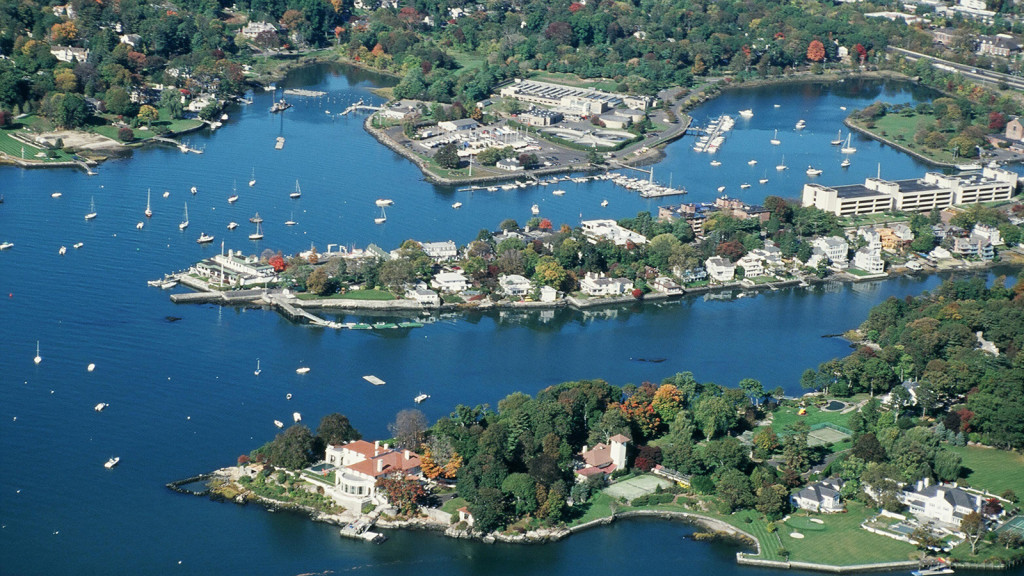 Greenwich /ˈɡrɛnɨtʃ/ is a town in Fairfield County, Connecticut, United States. In 2006 Greenwich ranked #1 in the “Biggest Earner” category. As of the 2010 census, the town had a total population of 61,171. As of a census done by the Census Bureau on July 1, 2012, the town had a population of 62,256. It is home to many hedge funds and other financial service companies. Greenwich is the southernmost and westernmost municipality in Connecticut and is 38+ minutes by train (express) from Grand Central Terminal in Manhattan. In July 2005, CNN/Money and Money magazine ranked Greenwich first on its list of the “100 Best Places to Live in the United States”. The town is named after Greenwich, a borough of London in the United Kingdom.